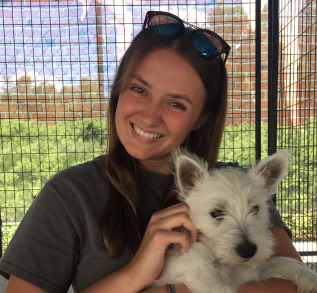 Here’s What JJ Has to Say

We’ve all heard the iBlock complaints.  ‘I can’t believe I got iBlock for this’, ‘this teacher gave 25 iBlocks today’, or ‘I have no time to go to iBlock today’.  This new policy has been one of the most controversial and talked-about topics around the Marian halls this year.  IBlock is a tough subject because the difference between complete and incomplete work is not always black and white.

However, iBlock does seem to be achieving its goal of motivating students to do all their homework each night.  Despite how much iBlock is despised by most students, its strict reinforcement and common use show that iBlock is an important policy to teachers that is supported by most of them.

One issue of iBlock is the misuse of the punishment by some teachers.  Oftentimes, when a student does not meet the requirements for an assignment, such as getting an 82 percent on conjuguemos instead of an 85 percent or writing a poorly constructed paragraph, an iBlock is given.  In these instances, I believe punishment should come in the grade; the homework was not incomplete, but rather completed incorrectly.

Another issue is the mass amount of given iBlocks.  Many times, iBlocks have been given to nearly an entire class of students.  When that many people in one class made the same mistake, I don’t think iBlock is an effective way to solve the problem.  When this happens, there was often an error in communication or some kind of misunderstanding.

Another argument against iBlock is the fact that Marian is a college preparatory school.  In college, students won’t be called out by their professors for not doing their homework or given an iBlock; they will be given a zero.  IBlock seems to be doing the opposite of preparing students for college.

The final complaint students often have of iBlock is that it is an inconvenience to have to stay after school for 30 minutes when many girls have activities they need to be at instead.  What if a girl has iBlock on the day she needs to pick up her sister from school or on the day of a job interview?  Sometimes people need to prioritize, and sometimes school is not the priority.  What most students aren’t aware of, however, is that if necessary, iBlock can be rescheduled.  If you go to Mrs. Christen with a valid reason for not being able to go to iBlock and plead your case, you can reschedule your iBlock.  If the student goes and talks to their teacher, sometimes they are understanding of the situation as well.  It is better to try than to face the alternative; if you skip iBlock, you receive four points and still have to go the next day!

In the midst of all these complaints, I still believe that iBlock could become a good policy if some rules were changed.  Students should be given two free passes before their first iBlock, because we are all humans and we all make mistakes.  There should be more strict guidelines on what warrants an iBlock.  Students should also be given a two day period in which they could take their iBlock.  With these changes, iBlock could do a lot of good.  And whether you love it or you hate it, iBlock is a policy that we will all have to follow, at least for the time being.

One response to “Is iBlock worth the price”