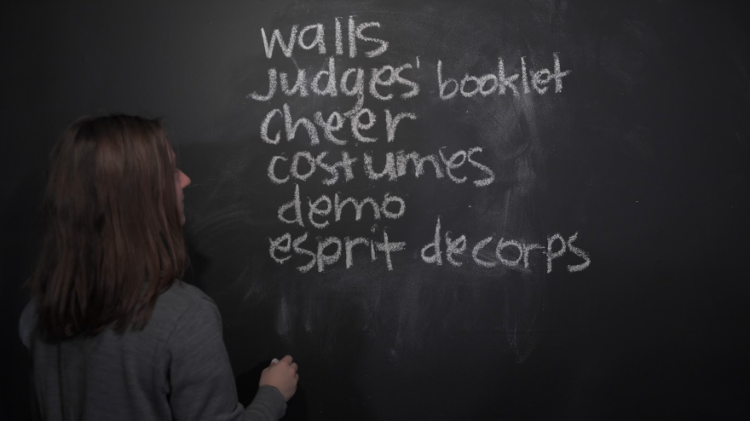 NaomiDelkamiller On the first page of the 1959 yearbook, the Marian Class of 1955 wrote a dedication to Marian’s first principal, Sister Mary Marcella Sitzman. The class described her as gracious, loyal, friendly, and thanked her for her devotion to Marian. They even credited her for bringing the term “Esprit de Corps” into Marian’s vocabulary.  […]

GaeaKaan The recent events regarding COVID-19 have caused mass confusion in regards to many daily activities such as jobs, trips to the grocery store, and school. Due to the privileges that are present within a private school setting, such as the use of technology, online school has become an efficient and safe way to maintain […]

Staff Editorial As international news stories surrounded America’s disputes with Iran in mid-January, American teenagers were presented with the possibility of war for the very first time. However, from the lens of social media, teens held an extreme insensitivity towards the situation.  Jokes about women getting drafted went viral on Twitter. The odd part was […]

Opinion by ArianaGanson Everyone has a different outlook on someone, whether it’s a reflection of their present or past self. People tend to use their own emotions and outlooks to stereotype someone, and place them in their life where they seem to fit. This idea relates back to the term “Manic Pixie Dream Girl,” which […]

END_OF_DOCUMENT_TOKEN_TO_BE_REPLACED

MEET THE STAFF MONDAYS⚡️introducing managing editor Elleiana Green!
MEET THE STAFF!! Introducing Network’s co-managing editor, Anna Rasgorshek
Happy Gnimocemoh Week! Today’s theme: dress like your favorite high school movie character! From Regina George’s mom to “that one extra in that one movie,” Network staffers are sure to win best dressed 🎥 🍿
BEST DAY OF THE MONTH!! The September Network issue is finally out! If you haven’t gotten one yet, swing by room 304 to pick yours up!! For our online followers: stay tuned-stories will be posted online throughout the week!! Big thank you to the staff members for all of their hard work!