I’m not surprised any more when I watch the news. I’m heartbroken and dismal, but no longer surprised. Another shooting, another victim, and another robbery. It seems as though this has become the norm. With every act of hatred or violence that comes in, an act of kindness walks out. In the news, we are bombarded with the tragic stories, and not until the end is there a small segment aimed to turn our frowns upside down. The world would be an immensely better place if that segment was even a tad longer, if sometimes in life we heard the good stories, not the bad.

Someone that I know, through the sixth degree of separation, had been hospitalized. It was Thanksgiving, I was playing the ukulele, singing with my sisters, and it was almost time to do my favorite activity: eat. These plans didn’t go through, because I received a text. For the next half hour I wasn’t eating, and my family wasn’t sitting around the table continuing our tradition. I played the ukulele, and my family sang. We sang “Somewhere over the Rainbow,” for a man in the hospital. He was a man we barely knew, but a man that needed to hear the song. He was a man that wasn’t having the thanksgiving that we were, but that felt a little closer to home because of it. 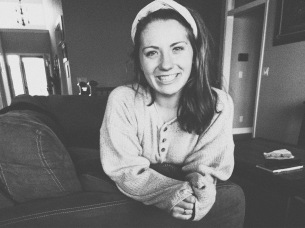 A little life from Lydia

The news may not cover a story that warms the heart, but that doesn’t make it any less relevant. The world would be a better place if people shared more stories that bring laughter and community, rather than hatred. If selflessness was more common than self-indulgence. Or maybe, if people could take the advice of NBC’s “This is Us” and take the sourest lemon that life has to offer, and turn it into something resembling lemonade.

2 responses to “When life gives ya lemons”