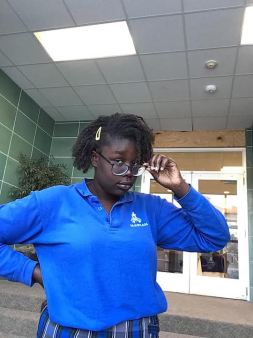 Children of immigrants can be ungrateful, uneducated, and easily throw away their traditional values to follow American culture. This leads to the large amount of first generation citizens in jail or working low paying jobs.

As someone who is a child of two immigrants, I know how good I actually have it. My life is easier. For one, I can actually speak and read English quite fluently. Two, I have never gone a day without my mom providing for me. Also, I have never had to run for my life in hopes that I would get into a country that could care less about me. My parents can’t say the same. My aunts and uncles that came here as refugees can’t say the same. This is something that many kids in my culture that were born here in America forget. Which stinks.

Living in the United States and not taking the opportunities given to you is just a wasted opportunity that could have been given to someone else. More than 100,000 kids in third-world countries are suffering and wishing to even be on the streets of some American city, waiting to live the highly coveted “American dream.” To even brush that fact aside is not only selfish and inconsiderate, and also sad. Immigrants have to live with the fact that their child is throwing away the one thing that they ran to the U.S. for, and that is opportunity for a better life.

My parents have instilled in me the value of an American education. Education is  something that many of my family members back in South Sudan are not even able to receive. Not because they don’t want it, but because it is not available to them. While I’m here complaining about not getting the next iPhone, many of them are fighting to stay alive. Many of them are even child soldiers or just stuck in the middle of a war zone and used as pawns by the government. Just knowing that many of my family members are not even taking this free education, that is open to all, skipping school, getting suspended or expelled is just crazy to me.

I wish this wasn’t true or even a trend that is going on, which I have noticed for years. However, knowing and realizing that immigrant children are causing their own downfall, is a step in the right direction to finding a solution to this problem.

Have a similar or contrasting view? Let us know!  Leave a comment below or email the opinion writer at 20.biel.nyayian@omahamarian.org