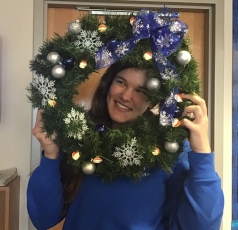 A Dollop of Daisy

School is ‘an institution for educating children’, but what kind of education are these institutions providing? Students learn about topics like the battles during the Revolutionary War, forming and solving matrices, and calculating an object’s initial and final velocities, but they leave such institutions without any knowledge of how to do taxes, make investments, apply for loans, or get a job. So this is my question, what is school really for?

The goal of classes is to get good grades, especially on tests. So if students are only paying attention in class so that they can mark the correct answer for a test and receive a decent grade but aren’t learning to actually retain the information to use in the future, then what’s the point? Most of the information that is “learned” is quickly forgotten and replaced with new information anyway. So, if the goal of school is for students to learn certain material that will provide them with opportunities later in life, then that goal isn’t being reached if such information isn’t being absorbed and the time spent learning it isn’t benefiting anyone.

A long time ago I realized that most of the times that students raise their hands isn’t to ask the teacher for help or clarification on a subject, but rather to ask if something is going to be on a test. This conclusion alone shows that if what we are learning isn’t required to know for an assignment that will contribute to our grade in that class, then we won’t bother to take the time to learn about it. Another reason for this is that students have to cram their brains with the necessary information for all of their other classes too, information that will probably be tested on and affect their grades in those other subjects.

Students barely have enough time as it is. The amount of homework that teachers assign is stressful and inconsiderate; isn’t spending eight hours in classes each day enough? No wonder kids come to school moody and perform poorly on tests, how can they be expected to perform well when they only managed to get four hours of sleep the night before? High school students have to split their time outside of school between jobs, sports, clubs, volunteering, college searching and (scholarship) applications, internships, important errands, and exercising, no less considering the amount of time it takes to drive home from school or other places, eat meals, and take care of oneself and one’s health (showering, using the bathroom, medical and dental appointments, skin routines, etc). With all of these other components of our daily lives in consideration, it isn’t fair to expect students to finish several hours of homework and get at least seven hours of sleep each night.

I have recently been given a choice: either finish my homework or get a decent amount of sleep. It’s been one or the other, never both, since the beginning of junior year, and I often choose to prioritize my schoolwork over my personal health, which, in turn, causes me to become irritated, sick, and too tired to learn or do well in class. Conversely, if I choose to get sleep and take care of my body, I am punished with an IBlock, a bad grade, and being behind in class. And let me tell you something about falling behind, you will never catch up.

Did you know that many of the top-grossing apps, businesses, and technology that you use every day were actually created by high school or college dropouts? Macbooks, iPhones, Microsoft, Twitter, Dell, Tumblr, Facebook, YouTube, Snapchat, WhatsApp, and Whole Foods were all created by a dropout. Similarly, $58.7 billion business of IKEA was founded by someone who had never even attended school: Ingvar Kamprad. Many of the people students learn about in school never had good (formal) education, such as Benjamin Franklin, Thomas Edison, Ernest Hemingway, Mark Twain, Theodore Roosevelt and Margaret Mead.

The important reason I analyze successful people who have dropped out of schooling is to convey the message that there is a difference between people who are smart and those who score better on tests.

Now I’m not saying that dropping out of school automatically leads to wealth; I’m claiming that you don’t need to have the best test scores to have a successful future. School provides skills that we really do need in life like reading, writing, and basic math.

Consequently, I urge students to not degrade themselves based on their grades or scores, especially when compared to others. Seeing students’ intellect and potential only based off of their scores is a dynamic issue being faced in the current education system. Though most technology has advanced and changed over years, cars and phones for example, the education system is the same as it’s been for generations: “we are not far from where we were back in the 18th century with the exception maybe of improved bells and whistles”, Tom Whitby wrote. See the above photos, for example, and note the similarities between classrooms during the 1950s and those today. So I extend my earlier question, why is school so important and what is it preparing us for? Because with all previous evidence given, it really doesn’t seem to be preparing us for life at all.

For these reasons I declare that it’s time for a change in the school system, and that change can’t happen soon enough.

Have an opinion? Agree or Disagree?  Leave a comment below or email the opinion writer at 20.owen.daisy@omahamarian.org