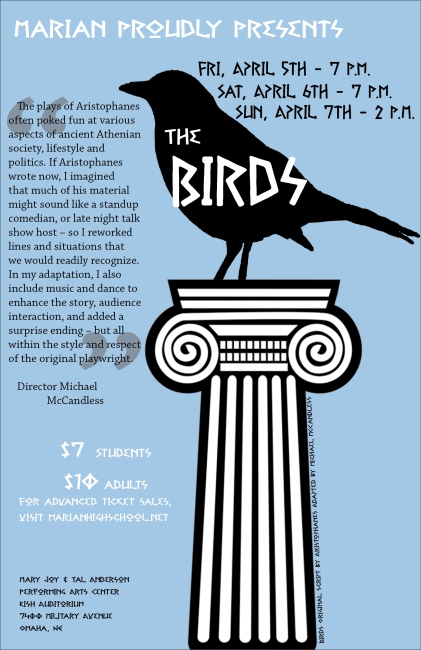 “The Little Mermaid,” “The Sound of Music,” “Singing in the Rain”; all big musicals that have been chosen to be part of Marian drama. A big aspect missing is how do these musicals and plays get chosen, out of all the possibilities. Mr. Michael McCandless, the director for Marian plays, gave insight to how the plays come about. “I’ve read and continue to read A LOT of plays. The wider my scope of theatrical material, the better. I look for plays that are challenging, meaningful, fun, and call for a larger, or diverse cast,” he said.

The first objective of choosing a play, is looking at the genre of the play or musical will be. Marian’s choices are typically either dramas or a comedies. “We staged ‘The Sound of Music’ in the fall, which was centered around a very serious story. So, for the spring play, I knew I had to pick something lighter – preferably a comedy,” McCandless said.

It can sometimes make it difficult to find a fitting play for an all-girls school. The directors have to look at the ratio of boys to girls, when determining what is best. “Since we’re performing them at Marian, [they] should have more female roles. For example, ‘West Side Story’ is terrific musical, but there are only two main female roles in it,” McCandless said.

Planning for the musical and play selection can be tedious.  “Mrs. Michelle Delisi [choreographer], Miss Lauren Morrissey [music director], Mr. Tim DiBlasi [accompanist] and I meet to discuss our suggestions. We talk about the theme, text, and lyrics – is the musical appropriate for high school presentation? Is the musical score challenging, but within the reach of the students vocally and instrumentally? What are the requirements of the choreography?” McCandless said. All these questions help in narrowing down what the final result will be.

For “The Birds” in particular, McCandless knew it would need an adaptation as it is a play written in ancient Greece by Aristophanes dating back to the 5th century B.C. “Adaptations are tricky because you don’t want to lose the original playwright’s work in the process. Classical theatre, such as ancient Greek plays and Shakespeare, for example, can be adapted,” McCandless said.

He also gave perspective on his exact approach in adapting the plays.  He has to take a look at the original writer and go from there. “The plays of Aristophanes often poked fun at various aspects of ancient Athenian society, lifestyle and politics. If Aristophanes wrote now, I imagined that much of his material might sound like a standup comedian, or late night talk show host – so I reworked lines and situations that we would readily recognize. In my adaptation, I also include music and dance to enhance the story, audience interaction, and added a surprise ending – but all within the style and respect of the original playwright,” McCandless said. 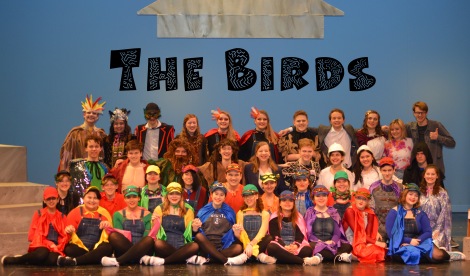 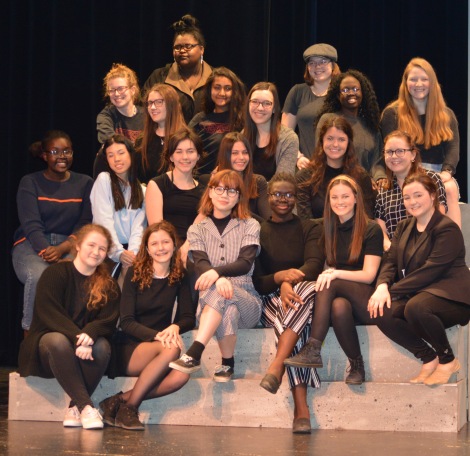 Crew and student directors for “The Birds”