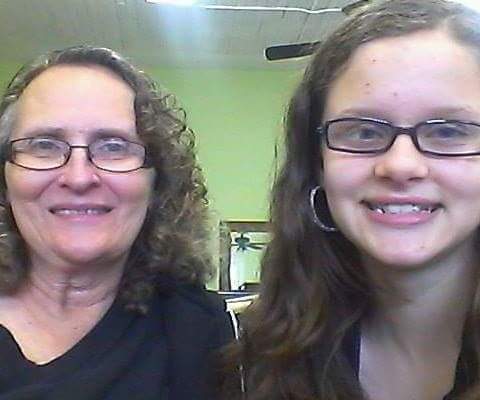 “No! You are not taking my mother from this earth; I need her now,” Junior Emerald Starling said. It all started when Emerald was around 10.

She walked into a room she was not supposed to be in. Her mom, knowing if she told her nosy 10-year-old daughter to leave, she would just sit around the corner and listen anyway, decided to sit her down and tell her the sad news. Her mom sat her down on the brown satin couch in the living room and told her she had breast cancer.

Her mom subtly played it down, letting her know it was going to be okay, it was only Stage I. She told her, “you just won’t see me as often.” After hearing the news, Emerald chose to avoid it. She didn’t want to believe it was happening. Finally she decided to accept it and “face the music,” Emerald said. Her mom was gone three times a week, she started losing hair and stopped eating. From then on Emerald started praying, and tried to help out as much as possible. Things were okay until they weren’t.

The second time around, it was different. It was much worse. Emerald’s mom started to feel the symptoms again and decided to leave Cuthbert, Georgia and move down to Omaha, Nebraska. This was so that Emerald would have a closer relationship with her cousin who would take care of her in the event that anything would happen to her mom. It was the summer of 2015. Emerald was now 13 and her mom sat her down again to tell her that her cancer had relapsed and was now diagnosed with two other cancers. Her mom was suffering from breast, bone, and brain cancer Stage IV. She was given six months to live. This time it was harder.

After hearing the news, she ran to the bathroom and cried, “No this isn’t happening again!” but at the same time Emerald, was prepared. She prayed right away and made her mom her top priority. She helped out as much as possible, “I would even risk getting no assignments turned in just so I could help her out”, she said. She was her mom’s support system and they kept each other going. For Emerald, it made her mom feel loved.

It was Jan. 4 during Christmas break and Emerald was pulling an all-nighter with her cousins. At 1:30 a.m., the phone rang. Her cousin called her over handing her the phone with shaking hands. It was her great aunt, her mom’s emergency contact. Her aunt delivered the worst news Emerald would ever hear, “I’m sorry, your mom didn’t make it” her aunt said.

Emerald was shocked. “Hmm..are you..I..what..”she mumbled to the phone in disbelief. She didn’t want to believe it. The one person she held dear to her heart was gone. This woman had raised her, when no one else would “she was the best mother ever, she was my only mother” said Emerald. In biological terms, she was her grandma, her dads mom but, they loved each other like any other mother and daughter would.

That night Emerald and her cousins went to University of Nebraska Medical Center (UNMC), the hospital smell wrapped around her like a cocoon. At first she wasn’t ready to handle it, and didn’t want to walk in. After a brief talk with her cousin, she didn’t want to regret not seeing her mother for the last time and saying goodbye. She walked in room 1229 on Jan. 4 of 2016. Right away she felt devastated as she fell to the floor bawling, at the missing presence of her mother. “She was so still, it looked like she was asleep” Emerald said as she visibly re-lived the moment in her head. Cancer might have taken her mom away physically, but she forever lives on in Emerald every day as she looks in the mirror; Emerald sees her mom in herself.

If you have a loved one who is going through cancer know you’re not alone. Emerald leaves us with this advice, “Be there for them whenever they need you. Support them and make them feel loved; and go above and beyond in everything you do for them.”

One thought on “Cancer took her away”