This book is for those who love supporting the antagonists and enjoy bloody heists. Leigh Bardugo wonderfully crafts a story about six misfits from the fictional city of Ketterdam. The leader of their gang is hired by a rich politician in order to kidnap a genius from the maximum security prison. He is promised a great reward of money. The six make their hike to the prison and encounter many struggles along the way including rival gangs, law enforcement and extreme weather.

“Six of Crows” is a perfect read for Christmas break because the cold, damp settings are enough to make you shiver. Bardugo pulls at the heart strings and sends the gang on trying adventures. As a fair warning, there are some graphic scenes so read with discretion, but they only makes you support your favorite villains more. So, get some heavy blankets, a warm cup of tea and plenty of snacks to enjoy this five-star book. 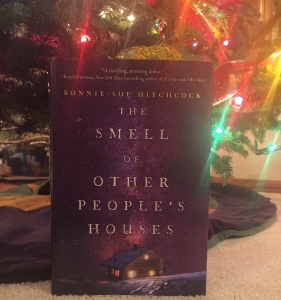 Don’t let a previous Marian summer read hold you back from reading a good book over Christmas break. “The Smell of Other People’s Houses” is a story about four teenagers trying to figure out life and what is best for them.  It is a lovely read that takes the reader on an emotional roller coaster of teen pregnancy, run away brothers and friendship. Bonnie Sue-Hitchcock follows these four teenagers throughout their adventures in Alaska. The struggles with their identity lead them to conflict with parents, culture and even whales.

“The Smell of Other People’s Houses” is a great winter read. The setting of Alaska is enough to make you want to sit by the fire with a cup of hot cocoa. Sue-Hitchcock’s writing is elegant and emotional. The book is short enough to finish within two or three days. When you finish this five star book, you might want to give your family a hug. 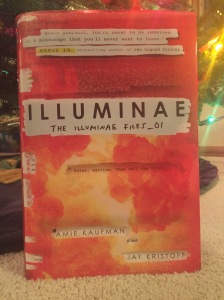 Teenagers fighting corrupt governments seems to be a common story in contemporary works. However, teens fighting corrupt corporations in space is not. Authors Kaufman and Kristoff follow two teenagers, Kady and Ezra, who broke up the day their planet is invaded by BioTech: the rival corporation. Kady and Ezra are forced to work together to save their planet and potentially their galaxy against rogue devices, biochemical warfare and invading soldiers.

“Illuminae” may appear daunting in size, but the story is told through medical and governmental files, a series of interviews and video commentary. The style of writing makes it an easy read, and the twists and turns of the story are enough to keep you reading all day long.

“Anna and the French Kiss” by Stephanie Perkins  (Teen Romance)

Going to college in Paris is surreal, but meeting your true love, too? Sounds too good to be true for Anna Oliphant in Stephanie Perkins’ “Anna and the French Kiss.” And in fact, it is too good to be true. Anna has a crush on a well-known classmate’s boyfriend, and she doesn’t even know French. Perkins follows the life of a college student at the School of America in Paris and brilliantly writes the light-hearted story of a girl who finds her way. “Anna and the French Kiss” is more than a love story, it is a story about a girl making a new life and having fun adventures with new friends.

“Anna and the French Kiss” is a perfect book for break because it is a quick and easy read. Reading about a school in Paris will take your mind off of school even more. With the feeling of love in the air this holiday season, you are sure to fall in love with this book.

“Murder on the Orient Express” by Agatha Christie (Murder Mystery) 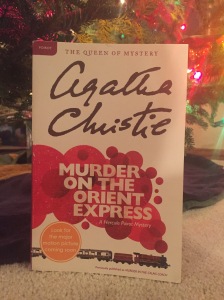 Agatha Christie is dubbed the queen of mystery, and “Murder on the Orient Express” is sure to leave you hanging on until the end. Hercule Poirot is back to solve an intense, unexpected murder of a vulgar American businessman, Ratchett, on the Orient Express. The murder happens the night the train stops due to a snow barrier, and it must be solved before the authorities arrive to prevent everyone’s arrest. With the clues of a pipe cleaner being left on the scene, several stab wounds— some given after the time of death— and the woman wearing the red kimono, Poirot is given the job to solve the mystery. Many people are suspects, but Poirot has to narrow it down. Or does he even have to?

“Murder on the Orient Express” is a book you’ll want to read over break, especially if you just finished Death on the Nile in Composition and Literature. The scenery of a snowy, blizzardy night will make you want to cozy up by the fire with a cup of coffee. Agatha Christie wonderfully writes a mystery you’re going to want to solve.

These books and more are available at the Haddix Academic Center for check out. See Librarian Mrs. Molly Raabe or  Paraprofessional Mrs. Karen Coolidge for book advice and recommendations.

Happy birthday to everyone’s favorite staffer!! The Network Staff celebrated Mrs K’s birthday in class while working on this months upcoming issue! Stay tuned for more updates about the Network process 🗞🗞
As we passed down our positions to the juniors today (and played dodgeball against our rival yearbook staff) we have officially ended our year as the Marian Network Newspaper staff. This has been an incredible privilege and we are so grateful we could ~unmask~ Marian throughout this crazy year. Thanks for reading, xoxo the Network 2021 🤍
Best day of the month!!! We’re so excited for you to read our October issue of the Network 👏🏻❣️🥳 If you didn’t get one, DM us or stop by room 304 or the Haddix to grab one!!!
HEY HEY HEY! 🍃🍁🍂