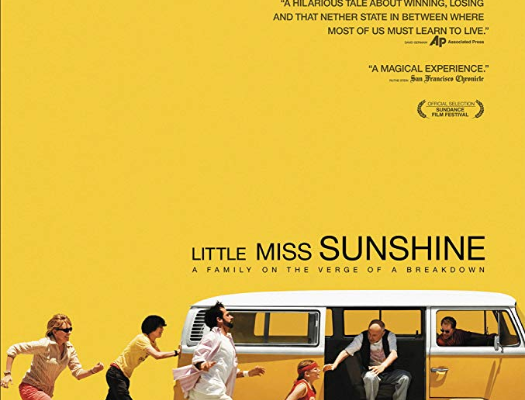 “Little Miss Sunshine” is one hour and 41 minute story of a family filled with struggle, but overcome with unconditional love. Directed by Valerie Faris and Jonathan Dayton, “Little Miss Sunshine” came to theaters in early 2006 and later won 17 significant awards, including an Academy Award for Best Original Screenplay in 2007.

The movie starts out with Frank (Steve Carell), a suicidal uncle, who is forced by a doctor to move in with his sister (Toni Collette) and the rest of the Hoover family. The Hoovers are a family built of an insecure dad, a stressed-out mom, an angsty teenage boy who has taken a vow of silence, a heroin-addicted grandfather, and most importantly, Olive (Abigail Breslin), the glue of the family.

Olive is a curious 7-year-old tom-girl obsessed with beauty pageants. One day, she receives a call telling her that she was accepted to compete in the “Little Miss Sunshine” beauty pageant, one of the biggest in California. So the family packs up their yellow VW van and head west to California.

But when the family starts its journey, it doesn’t turn out to be the boring two-day drive that they thought. Within the first day of driving, meltdowns and dysfunction settle into their natural order and cause the ride to get interesting.

To see the rest of their journey, watch the movie. You won’t regret it! Though this has been out of theaters for years, you can still watch it on YouTube, Amazon Prime, Google Play, iTunes, Vudu and Sling TV.

But be cautious when watching around kids, this R-rated movie is filled with foul-mouthed language.