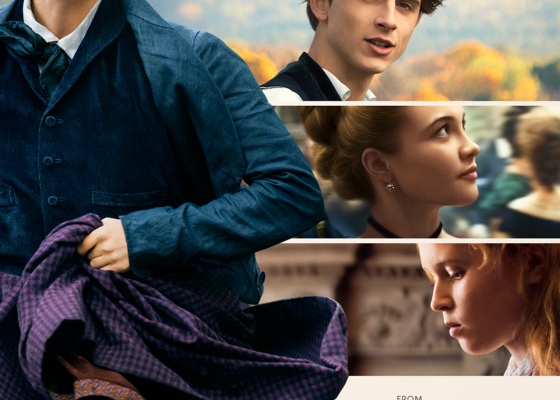 In 1868, Louisa May Alcott’s acclaimed novel “Little Women” was published. A novel quite progressive for its time, “Little Women” highlighted the highs and lows of living as a young woman in the nineteenth century, empowering its young [often female] readers to follow their dreams.

Its influence continued throughout the 20th Century. As a result four official film adaptations of the books have been produced, as well as a 1918 British film, known as the “Lost Film.”

The most recent adaptation of the novel premiered on Dec. 25, 2019, generating nearly $30 million at the box office (NYT 2019). I attended the movie on New Year’s Day with my grandma and my mother, a perfect group to see the movie with.

From its exposition, I was instantly impressed by director Greta Gerwig’s storytelling abilities, by both remaining true to the novel as well as adding a contemporary twist onto the movie. I would like to commend Gerwig’s casting ability as a director as every actor/actress played his/her role as if it was meant for them. (I’m not just saying that because I love Timotheé Chalamet.)

As for an overall rating I give this movie 5/5 stars. From the cinematics to the dialogue to the soundtrack this movie perfectly encapsulates the tone of the original novel, simultaneously adding a new and contemporary layer that arguably transforms the way that people view and interpret the work as a whole.

“Little Women” is currently available in theaters and is rated PG.