In my family, we have an ancient birthday tradition that the birthday person gets to pick anywhere in Omaha to have dinner. For my birthday over this winter break, I decided to try something new. 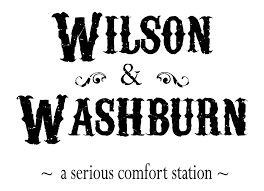 We ventured into the scenic streets and limited parking of downtown Omaha at 1407 Harney St. for a test lunch at the Wilson and Washburn pub. The restaurant opened in 2013 and is open from 11 a.m. to 2 a.m. The restaurant advertises comfort food and a “historic” atmosphere to go alongside the building’s colorful history as an underground brothel.

Although the actual restaurant opened in 2013, The building itself has been around since the early days of Omaha. The restaurant earned its name from two prominent brothel owners of early Omaha, Anna Wilson and Josie Washburn. Wilson created a stir in the late 1800’s when she donated all her profits from her brothel, including her own mansion, to charity and hospitals.

The history of the beautiful building made the experience that much better, and the menu, mainly comprised of comfort foods, didn’t hurt either. On this occasion, I ordered their signature $9 mac n’ cheese and  $5.5 poutine croquettes (fried potatoes and cheese). Actually, most items on the menu were signatures, as the selection of food was pretty small. But, I can’t complain, it was a bar first, after all.

With the historic atmosphere, considerate  staff, and delicious food, Wilson and Washburn’s is a restaurant I would recommend to almost anyone (as long as you don’t mind a building with some scandalous history!)