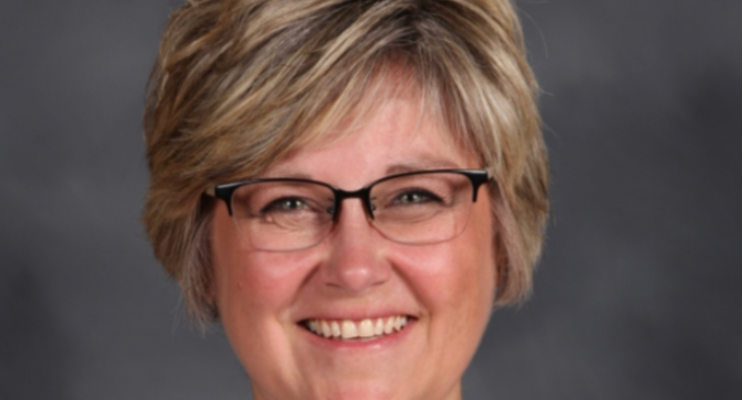 She took her physical therapy training and brought it over to the airport where she worked for an airline. She was a loyal employee at this airline for 10 years. Smith worked at the ticket counter and the jetway, helping planes land. Smith said, “I worked there during 9/11 and everyone had to leave the airport right away.” She was in the middle of a ticket transaction and had to stop the purchase half way through.

Once aircraft began flying again, she was standing on the jetway when she saw a pilot doing a very patriotic thing. She noticed the pilot of the plane open his window and wave an American flag while landing. Smith said, “It was such a humbling experience. Everyone around me was crying. I will never forget that day.”

She then moved on to education for 18 years. For the first eight years she worked at St. Patrick’s in Elkhorn as a teacher’s assistant for the first graders. Her favorite part was “helping them learn to read and watching their progress from the beginning to the end of the year.”

One of her favorite memories was when “it was too cold to go outside for recess so while the kids were at lunch, I shredded up lots of white paper and threw it all over the floor. I crumpled up pieces of paper to make snowballs.” When the kids came back they didn’t come back to their first grade classroom, they came back to a winter wonderland.

For the next eight years she worked at Holy Cross. Smith said she wore 150 hats. One memorable story she has is creating a program for the kids who didn’t know their rights from their lefts. “I painted the door handles: one red and one yellow. When I had to let the kids in, I would tell them to pull the red door so it was easier for them to understand.”

Former art teacher at Holy Cross who worked with Smith, Mischka Levandowski, was so impressed with the art project Smith’s daughter made over the summer. She was impressed by her creativity and inventiveness. Levandowski says that she hung out in Smith’s office all the time “probably more than I should have” Levandowski says. One thing everyone noticed at Holy Cross was how hard Smith worked every single day. They were devastated when she left.

At the end of this past school year Levandowski left Holy Cross and one of the first people she told was Smith. Smith told her she can come sub at Marian now, and she did, spending her first substitute day as a French teacher in early November.

After leaving Holy Cross, Smith moved to Marian. Her first few weeks were not what she expected. She started working on March 1, 2020, which was a Monday. On that Tuesday, they had a pep rally, and it was Surprise Day. On Wednesday and Thursday, they were getting ready for spring break and she spent the rest of that year at home due to quarantine. Although it wasn’t the most normal start she was expecting, she has been working at Marian for three years now and is loving it, she said.

In November, Smith tends to work on different graduation items such as people’s scholarships and making sure the graduates have the correct information for the graduation program. All the jobs in Smith’s past have helped her in doing her job well today. “Everything I got done there, I can get done here. Those jobs gave me a wide variety of ideas and thoughts.” Smith has had so many amazing opportunities working for so many years but she has found a special place in her heart for Marian.

MEET THE YEARBOOK STAFF!
JANUARY YEARBOOK DUMP! This month was full of basketball, wrestling, swim and dive, and bowling! Winter formal was a fun event Marian hosted, the robotics team competed in competitions, show choir had rehearsals, and step team cheered at Marian events. During Catholic Schools week Marian had a fun but competitive teachers versus students volleyball game. At half time the dance team and staff had a performance together! Stay tuned for many more fun moments in February!
DECEMBER DUMP (late:))
Merry Christmas from Marian network and yearbook!! This Christmas the staffs adopted a family. Yearbook and Network came together and collected gifts and wrapped them in newspapers to give to our adopted family! 🎁 💝